Rosie is a corn snake and Courtney is an albino corn snake. The corn snake is slender with a length of 24 to 72 inches. They are usually orange or brownish-yellow, with large black-edged red blotches down the middle of the back. On the belly are alternating rows of black and white marks, resembling a checkerboard pattern. Considerable variation occurs in the coloration and patterns of individual snakes, depending on the age of the snake and the region of the country in which it is found. Hatchlings lack much of the bright coloration found on adults.

Corn snakes do not usually feed every day. Instead, they feed every few days. Young hatchlings tend to feed on lizards and tree frogs, while adults feed on larger prey, such as mice, rats, birds, and bats. They are constrictors. First, a corn snake bites the prey in order to obtain a firm grip, then it quickly wraps one or more coils of its body around the victim, squeezing tightly until it suffocates the prey. Then it swallows the food whole, usually head first.

Western hognose snakes also use special adaptations to protect themselves. The coloring on their back helps them to camouflage among the plants, soil, and rocks. When threatened, playing dead is a natural defense. The snake flails upside down, sticks out its tongue, and omits a foul odor to deter animals from preying on the snake. A typical diet of the carnivorous western hognose snake consists of toads, salamanders, rodents, lizards, and even eggs. Olive’s diet at the nature center sticks to mice. She is fed three mice every ten to fourteen days.

Make sure to say hi to our snakes next time you visit the Nature Center! 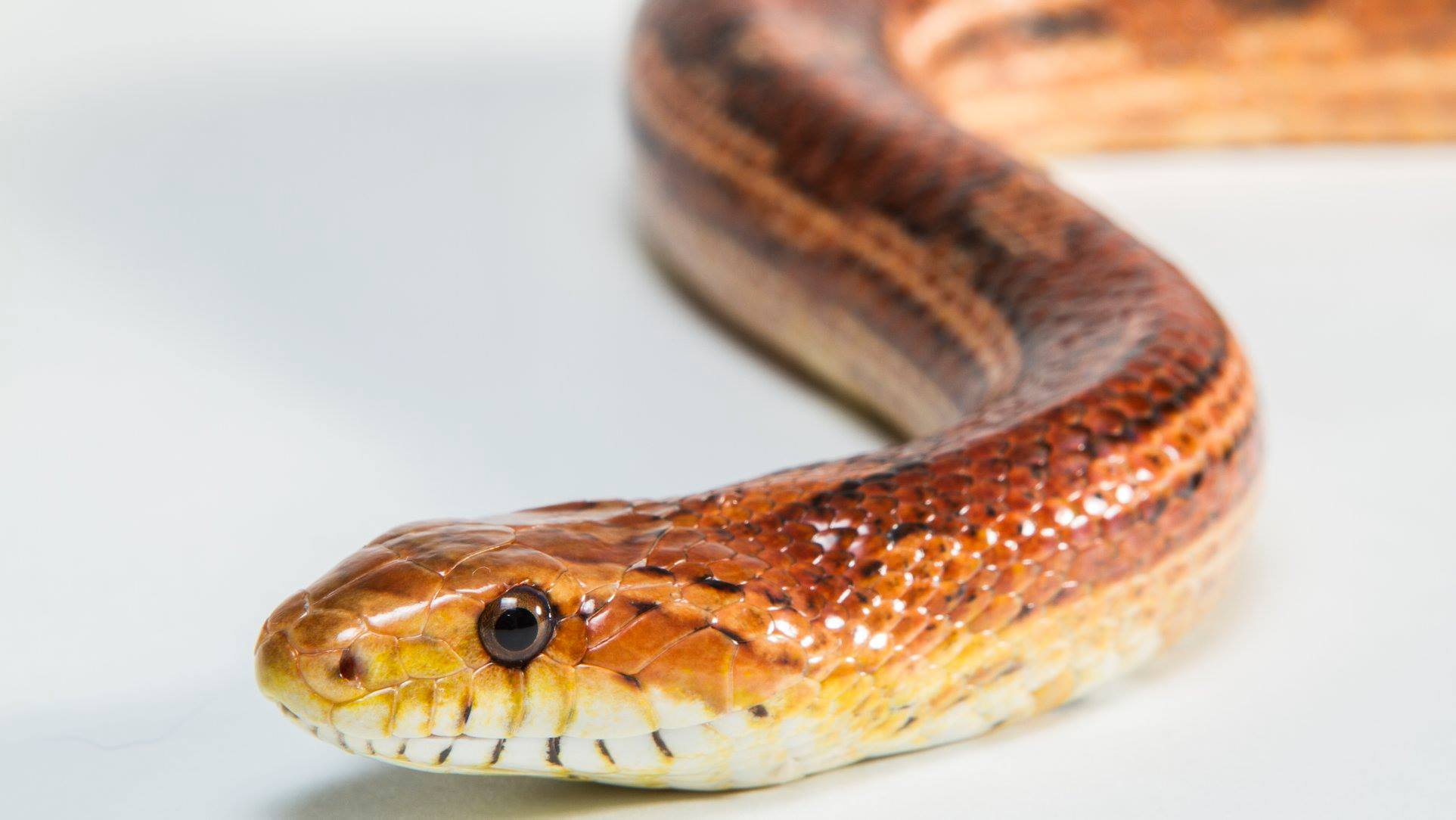