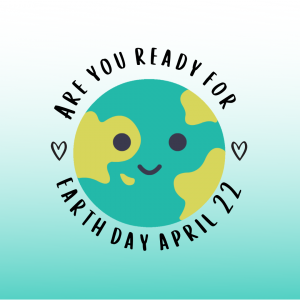 The first Earth Day took place on April 22, 1970. After 51 years, Earth Day has become commonplace. It’s a great day to talk about nature during the school day and it’s a big day for anyone who wants to get involved in anything nature-related. As of this year, there are more than 190 countries engaged in Earth Day activities with more than 1 billion individuals mobilize for action every year.

Started by Senator Gaylord Nelson from Wisconsin, he started Earth Day in 1970 after experiencing a massive oil spill in California. It started with colleges but soon expanded. The first Earth Day inspired 20 million Americans in 1970. They demonstrated “against the impacts of 150 years of industrial development which had left a growing legacy of serious human health impacts,” according to earthday.org. The first Earth Day in 1970 led to the creation of the Environmental Protection Agency (EPA). After the creation of the EPA, it led to many laws which are still around today. The Clean Air Act, the Clean Water Act, the Endangered Species Act and many more.

After the first Earth Day, the movement became global in 1990 and has since been marching on. Every year the focus shifts a bit more to this part of the environment or that part but regardless of which topic it’s focused on, there are always ways to get involved.

The point of Earth Day is to remind everyone we need to take care of our Earth because it’s the only one we have. If that means you go out and help by picking up trash or making sure you’re more conscious about recycling that day. Something small is better than nothing.

Watch our social media feed and blog for some suggestions on how to take action this Earth Day and every day. Not every action has to be big, but those small ones add up.