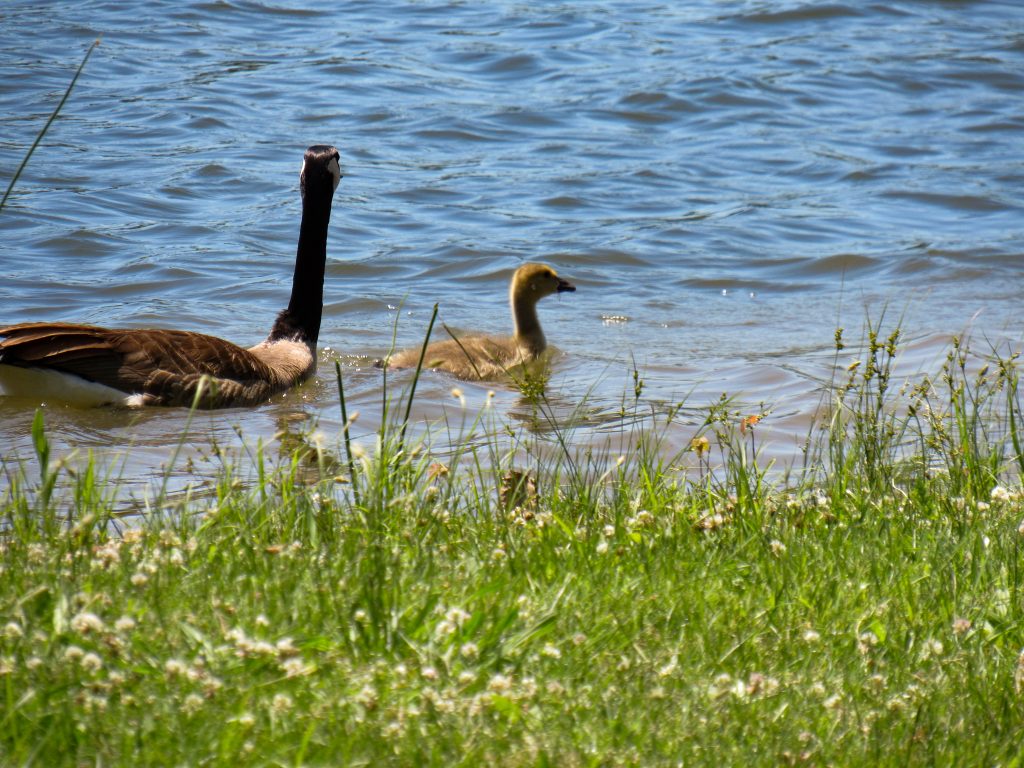 Geese are very common in Iowa, but did you know their full name is the Canada Goose?

There isn’t a very good explanation as to why it’s called a Canada Goose but my guess is they must have a large home base in Canada. They breed in much of North America where there is water and this includes much of Canada.

Canada geese have stopped migrating as far as they used to. There are many reasons for this but a big one is the occurrence of manicured lawns. These wide-open sections of grass allow for large spaces full of food and an open eye line. When they do migrate, they are able to travel up to 1,500 miles in a day. They can fly around 40 miles per hour but with the right wind, can get up to 70 miles per hour. This is how they can travel so far in a single day.

You might recognize them migrating by their V formation as they fly. This has a simple explanation as the bird in front breaks the headwind so it’s easier for the birds behind it to draft. The geese also take turns being the lead bird because it would eventually get pretty tiring being the lead bird. Even young birds will be able to be part of a migrating pack. The young birds are taught to fly when they are only two or three months old and migrate with their parents.

These geese need open water all year round to survive. They use the water to escape from land-based predators but also find food. Within the first-day baby geese, called goslings, can dive 30 to 40 feet deep in water. With many homes featuring landscaping that includes a heated pond, geese don’t tend to stray far from land or water they know is safe. And that includes backyards. 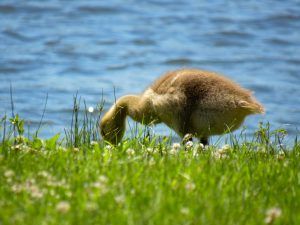 While goslings are very cute and might be found in your backyard, on your acreage, or at your favorite park, it’s not safe to try to get near them. When geese sense danger they’re not afraid to attack. This is especially true when it comes to their young. Geese can be dangerous as they will attack humans by biting and hitting them with their wings. And remember, these birds aren’t small. They can weigh between five and 14 pounds, but some can get up to 20 pounds. While the females may weigh a little less than males, they’re not afraid to attack.

Canada Geese can be seen as a nuisance since they will take up residence in backyard ponds and they tend to poop everywhere. But, there is a hunting season dedicated to the Canada Goose to help keep the population in check. It’s also important to remember, their natural range of habitat is declining, largely due to human intervention. This is a big factor in why they end up in backyards and why they stay. It’s safe and they know there’s food. Maybe take a second to think about why they’re there before you get too upset they’re ruining your landscaping.