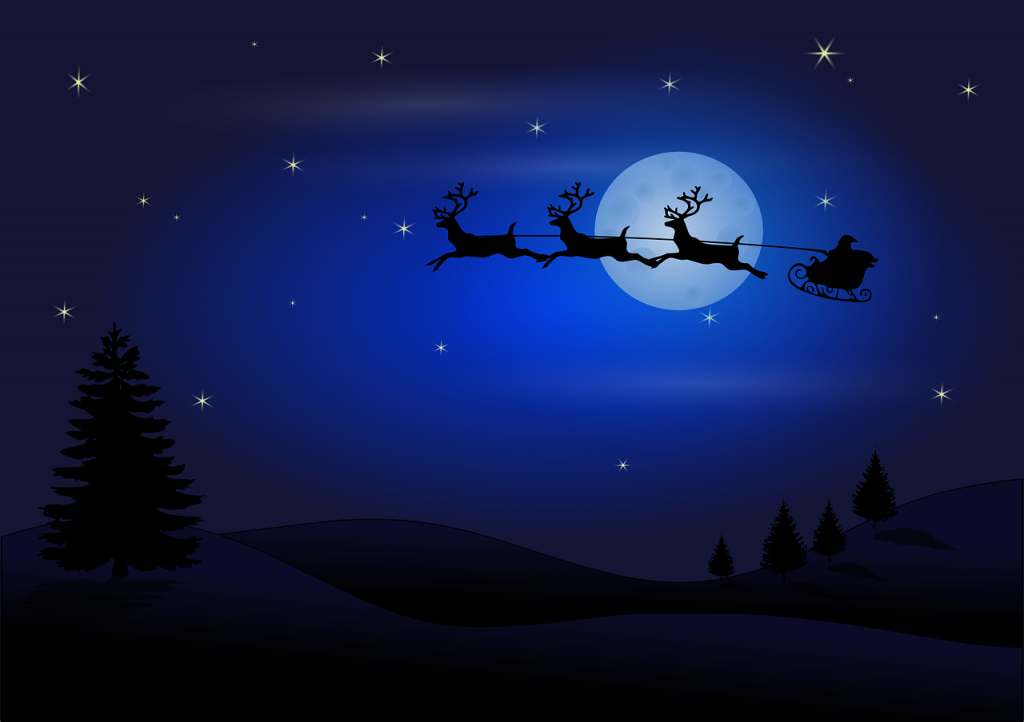 As Christmas draws closer, we’re going to take a look at some information about reindeer.

Reindeer are native to the Arctic tundra and forests of Greenland, Scandinavia, Russia, Alaska, and Canada. While in Europe, reindeer are always referred to as reindeer but in North America, they are called caribou in the wild. When the caribou are domesticated, they are then called reindeer in North America according to the Food and Drug Administration’s article about reindeer.

So that would be why even people in North America, like us here in Iowa, refer to Santa’s reindeer instead of Santa’s caribou. How Santa came to have these reindeer, is a bit of a more complicated story though.

But that’s not exactly how the reindeer became Santa’s pals. There are a few conflicting tales about how Santa got his reindeer. One is attributed to printer William Gilley from New York who in 1821 published a booklet titled A New Year’s Present to the Little Ones from Five to Twelve, Part III. This booklet mentioned reindeer pulling Santa’s sleigh and then in 1823, the poem ‘Twas the Night Before Christmas by Troy Sentinel was published. This poem mentioned eight flying reindeer who were pulling Santa’s sleigh. The final one is related to businessman Carl Lomen from Alaska in 1926. He worked with Macy’s department store and decided to host a parade for Christmas which was led by Santa and his reindeer.

Whichever story you choose to believe on how Santa became the most famous person to have reindeer, or if you think it’s a combination of all of them, Santa can’t be thought about with bringing up his reindeer.

It gives a great platform to some of those animals who thrive in winter. Reindeer have some really cool adaptations that allow them to thrive through the winter.

Reindeer are equipped to be able to walk on snow and ice very well. They are covered in hollow hair, from their noses to their feet. Their hooves are split in two to be able to distribute their weight better and they have hair to give them more of a grip on frozen land and water. Since they spend 40% of their life in the snow, they need a way to thrive and get around to find food. Their noses also have hair on them so they don’t breathe in the freezing air. The hair grows so well because of all the tiny blood vessels around their nostrils that help to warm the air so they don’t get hurt when breathing.

Both male and female reindeer are able to grow antlers. They can grow to be around 55 inches which is around 4.5 feet. That’s huge! They will also fall off so they can grow bigger when they grow back in. Males start to grow antlers in February but females don’t grow theirs until May. They finish growing at the same time but the males shed theirs in November while females don’t shed theirs until May when their calves are born. This means all of Santa’s reindeer are most likely females.

Reindeer are very heard oriented animals and can travel in groups up to 500,000 reindeer in a group. With a population of around 5 million, they can hang out in huge groups. They eat mosses, grasses and in winter they eat a lot of lichens. Some people even call it reindeer lichen or reindeer moss as they scrape the snow away to eat it.

So while reindeer aren’t native to Iowa, many people know Santa’s reindeer which is great. Now we can take that knowledge and learn more about how they became Santa’s pals and more about their native habitat and behaviors. Reindeer are huge, beautiful animals that deserve to be loved by so many people.