In Iowa, we have two species of fox, the gray fox and the more common red fox. The red fox is the one commonly seen in cartoons as the bad guy, but they are actually pretty cool. 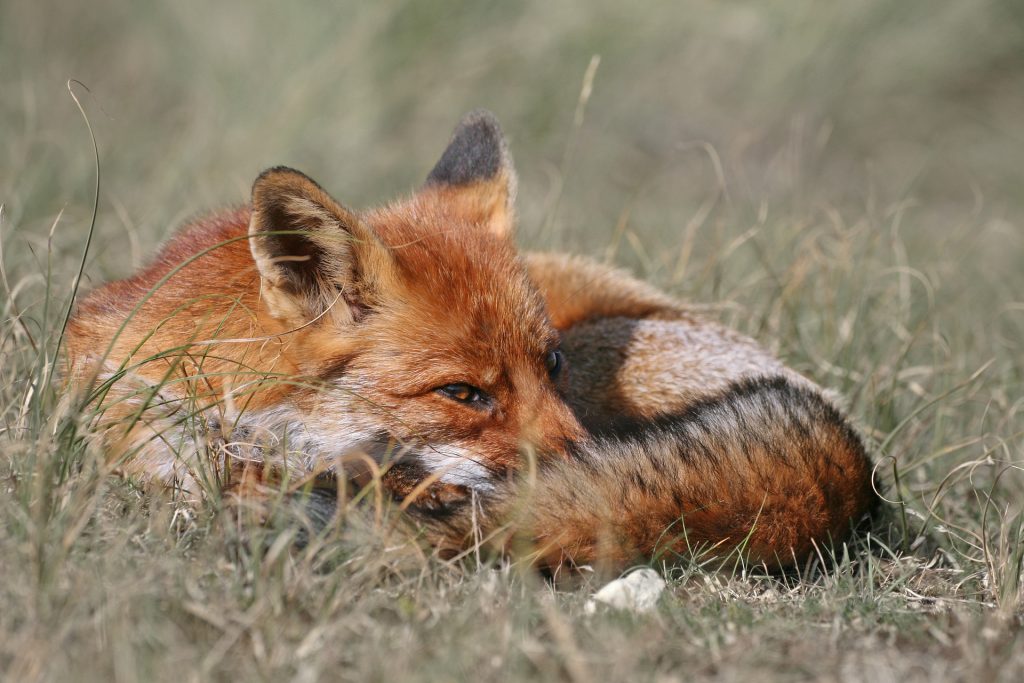 What do they eat?

Red foxes live in many types of habitats but around here they will most likely be found in the forests and grasslands. They have also adapted to human environments and will hunt in agricultural fields as they have prey living there. Foxes like to eat rodents and other small prey but are also omnivores so they will eat fruits and vegetables, fish, frogs, grass and other plants. They mostly eat what is available meaning they are pretty flexible in their diet.

The red fox doesn’t hibernate which means even in feet of snow they have to hunt for food. Scientists think the red fox can use the magnetic fields of the earth to hone in on where their prey is underneath feet of snow, then they make a dive headfirst into the snow. They look like they’re diving into a pool and it’s quite entertaining. 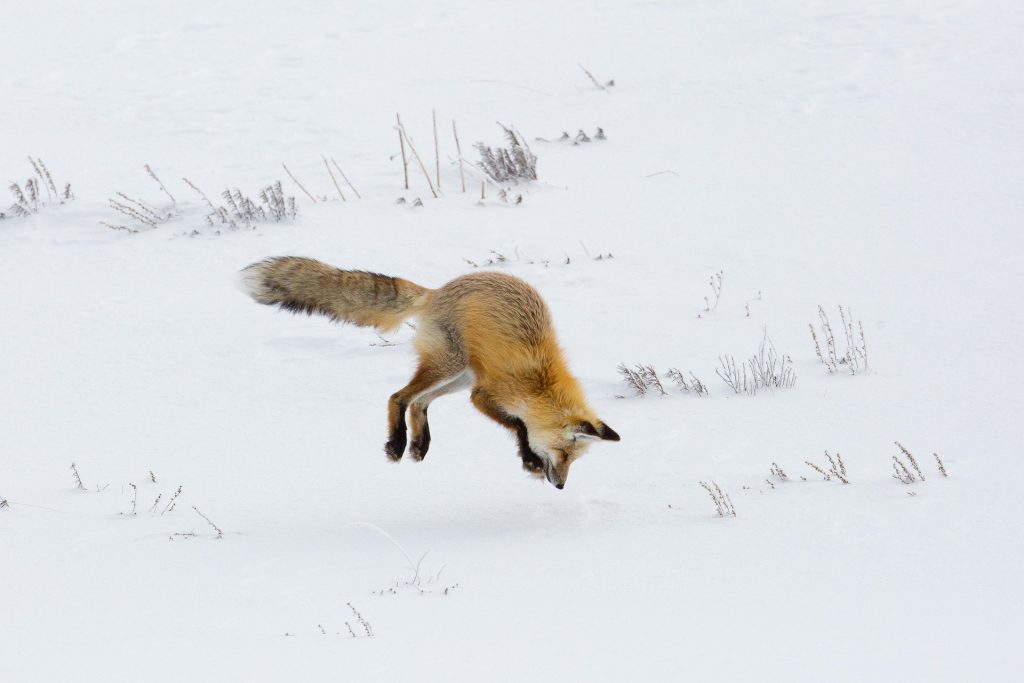 How do they raise their young?

A female fox is called a vixen, a male fox is called a dog, tod or Reynard and their babies are called kits or pups. The male and female raise their babies together until they are old enough to be independent. With the kits born in the spring, this only takes until late summer. Foxes have their litters in a den which can be dug themselves or they have been known to use other animal dens when they are vacant.

How are they doing in Iowa?

The red fox is thriving in Iowa despite human development. The lifespan of a wild fox is around 3 years even though they live much longer in captivity. In the wild they still have to worry about predators who are bigger than they are such as coyotes.

The red fox, and foxes in general, are known for their smarts which helps them to adapt to different environments. While they are mostly nocturnal, they sometimes will come out during the day. If they are frequently walking around during the day, especially in an urban area, they might be sick and could be dangerous. Foxes also roam in search of food and shelter as is their nature. If you see one once during the day, it may just be passing through so no need to worry. They’re natural instinct will be to flee rather than come up to a person.

While a fox may look much like a dog, they are definitely wild animals and deserve some space. If they are in your backyard, they are most likely just passing through so just let them be. No need to worry. Like many wild animals, they are going to run away soon after they realize a person is present. Don’t leave food out for them and be wary if you leave food out for any outdoor only pets. Otherwise, foxes shouldn’t be much of a concern if you can even catch a glimpse of one.

The Heart of the Red Fox Craft

Crawl through a fox burrow