Two kinds of elms can be found statewide in Iowa, the American Elm (Ulmus americana) and the red elm (Ulmus rubra) or the slippery elm.

American elms have battled disease, like many types of trees native to Iowa. Dutch elm disease was introduced from Europe in the 1930s and affects young American elms before they reach maturity. 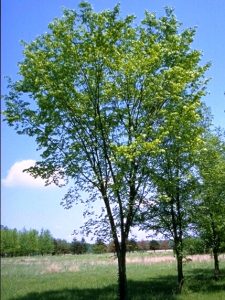 To combat its affect, Chinese elm trees were introduced to Iowa, but these have been found to be quite invasive in native areas.

It can be told from red elm because of its red and white, striped bark. Red elms have solid red bark.

Leaves are simple, alternate, elliptic and have an uneven base. The edges are doubly-toothed, and veins run directly into the teeth.

Called samaras, these seeds are flat, elliptical-shaped and have a wing to help them distribute.

Red elms are not as susceptible to Dutch elm disease as American elm trees are.

It is also known as slippery elm because its inner bark is moist and slippery to the touch.

Red elms grow 40-60 feet tall, typically, although they can reach up to 80 feet.

Red elms like dry-mesic to wet-mesic soil and full sun.

Like the American elm, leaves are simple, alternate, elliptic and have slightly uneven bases. The lower surface is paler and hairy. 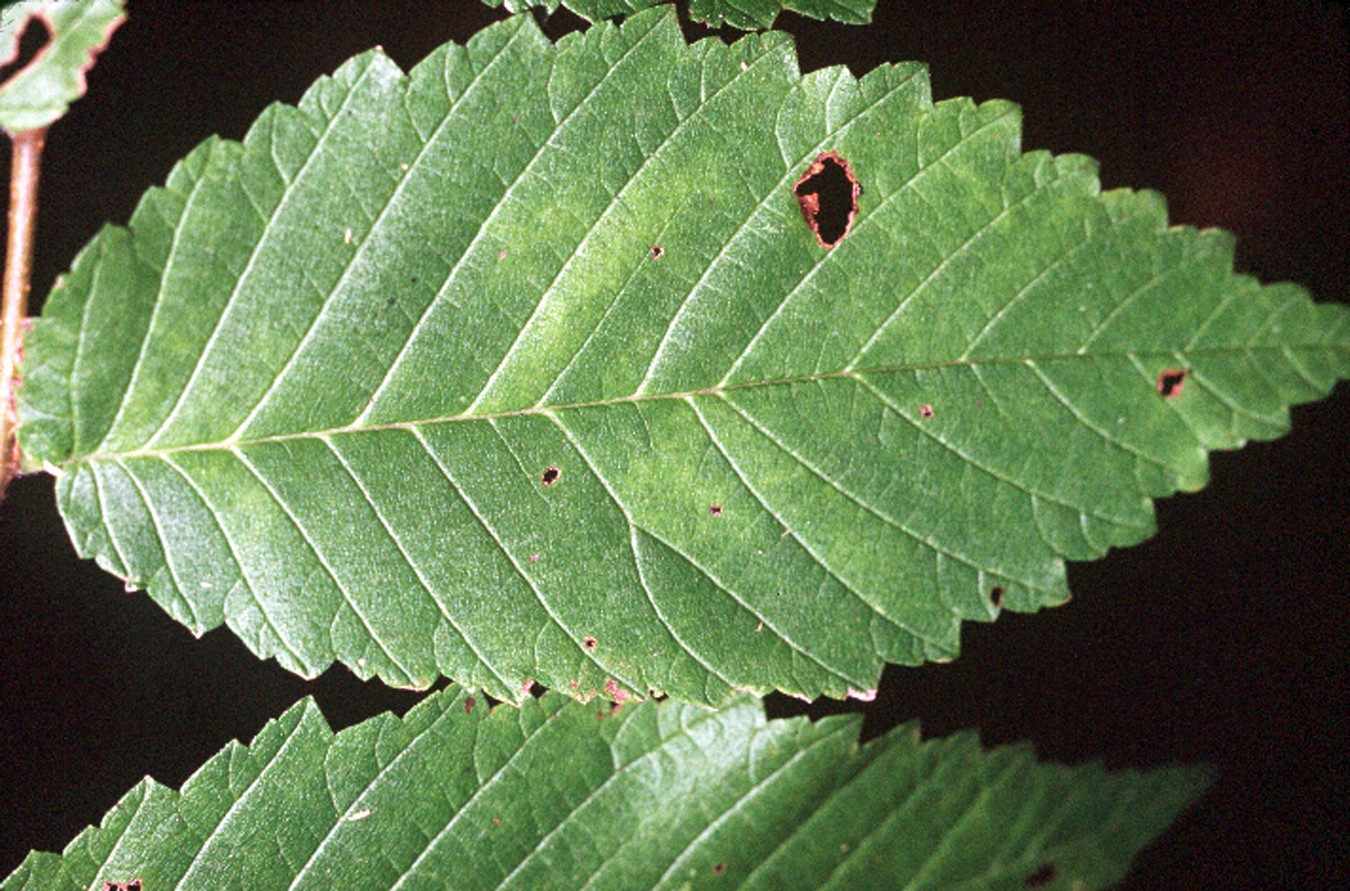 The red elm’s samara is more round than the American elm’s seed. The wing section is smooth while the seed cavity is hairy.