A monarch butterfly chrysalis is usually a brilliant color spotted with golden dots. 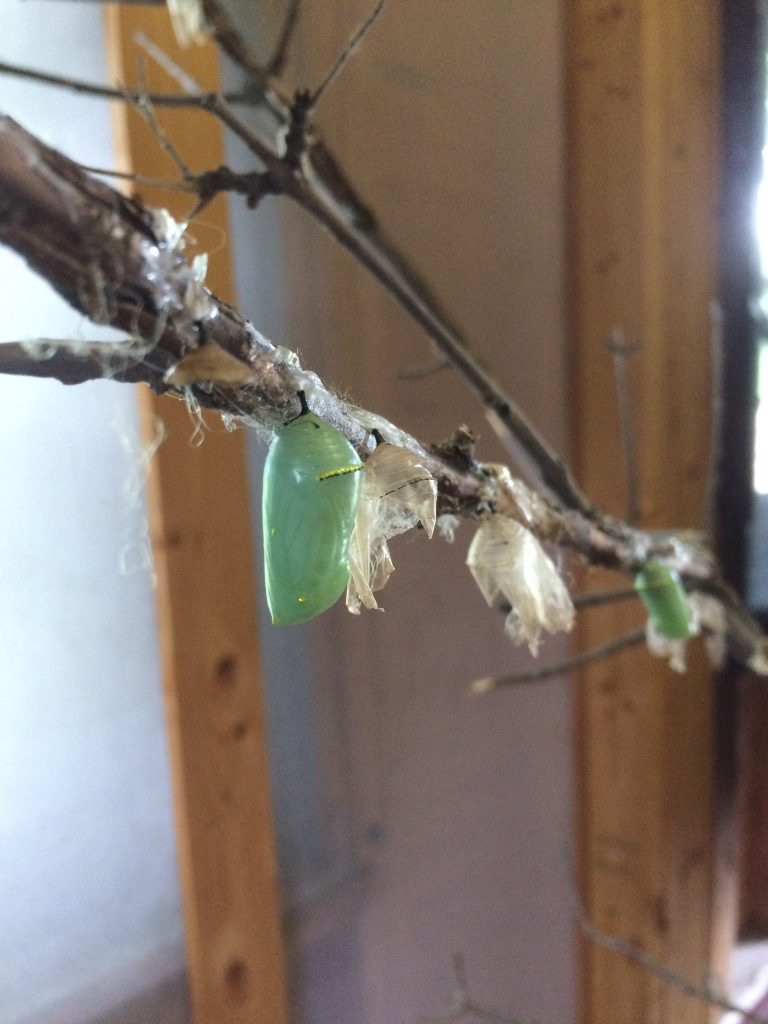 However, sometimes something goes wrong --- and one day, we spotted a chrysalis that was beginning to turn brown.

At the bottom of the container that the chrysalis was in inside of our monarch enclosure in Pollinator Paradise were three brown, egg-shaped items. 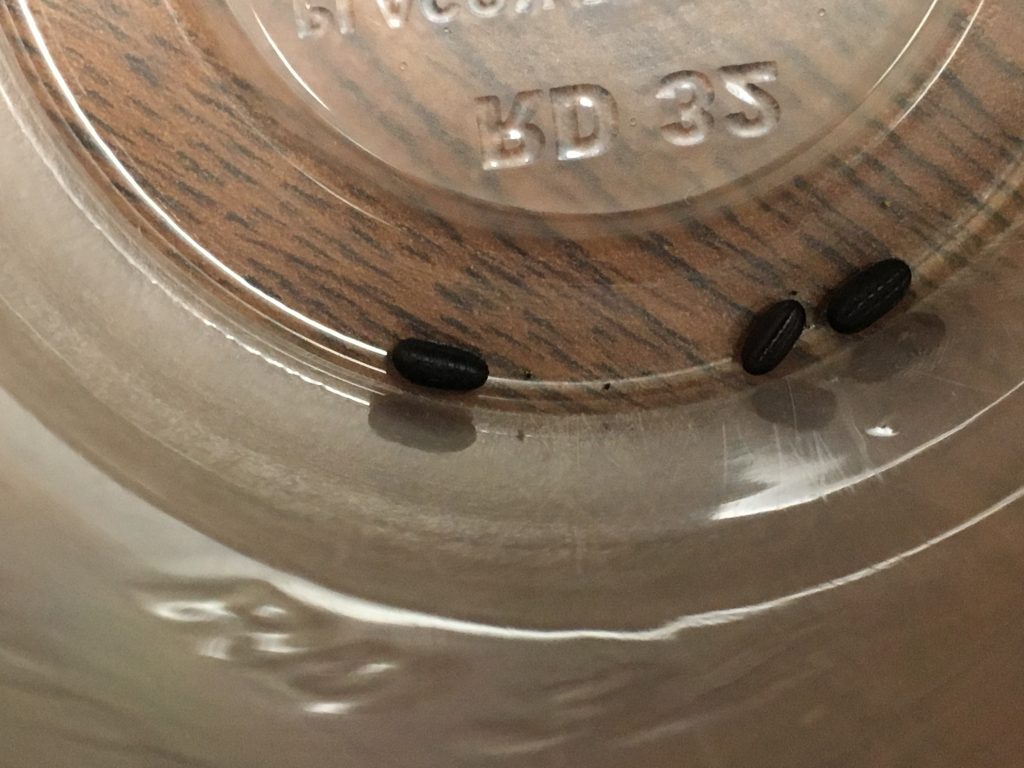 It turns out that this caterpillar had been parasitized by a tachinid fly, which ended up killing the monarch in its pupal stage as a chrysalis.

There are more than 1,300 species in the family Tachinidae in North American alone, all of which are types of parasitic flies. Most tachinids attack caterpillars and beetles, but some also affect other insects and arachnids.

What typically happens to a monarch is that a tachinid fly will lay an egg on a monarch caterpillar. It will hatch and the larvae will bore into its host, where it completes its larval development. At about the time when the caterpillar begins to change into a chrysalis or after it has changed, the fly maggot will emerge as a pupae and will drop. It no longer needs its host, and the host dies.

One monarch can host several tachinid larvae or pupae.

In the monarch enclosure and in the wild, we have come across monarch butterflies that hatch with crumpled wings. That is a sign that the butterfly is infected with ophyrocystis elektroscirrha, or OE. As if these butterflies didn’t have enough to deal with — like excessive pesticide use, their lack of habitat and native food END_OF_DOCUMENT_TOKEN_TO_BE_REPLACED

You have probably heard the long name neonicotinoids when the topic of struggling bee populations has come up. But what exactly are these chemicals, and what do they have to do with bees? This is a topic that is long, in-depth and still being studied, but we will do our best to break it down END_OF_DOCUMENT_TOKEN_TO_BE_REPLACED

It seems a little premature since there is snow on the ground and more in the forecast, but it’s the time of year that I start to think about planting my garden. One thing I’m really excited to plant in our landscaping are some native pollinator plants. When we moved to our house, it had END_OF_DOCUMENT_TOKEN_TO_BE_REPLACED