The first school in Dickinson County was an in-home private school that began around 1860, with a teacher employed to teach the children of Dr. J.S. Prescott and a few other local youth. 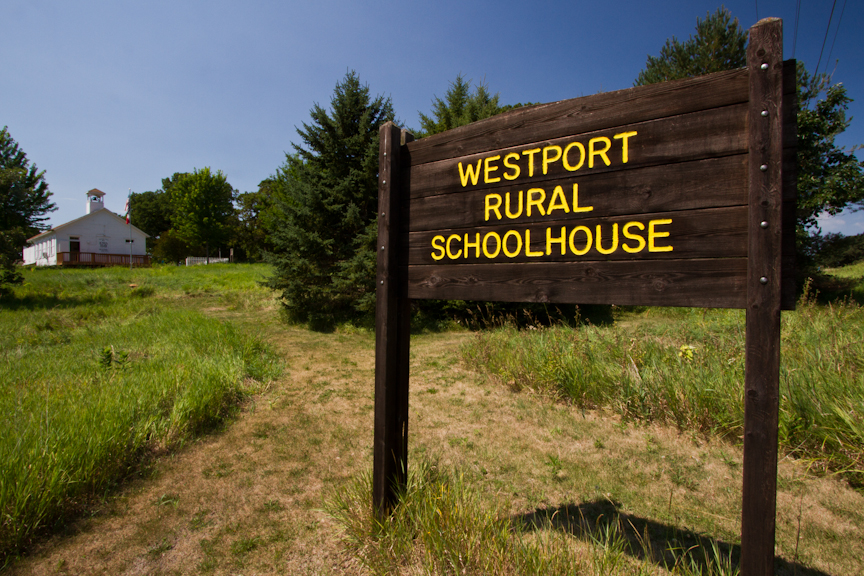 Westport Schoolhouse No. 5 was built in 1896 for about $1,000. It was located in Section 16 of Westport Township, the most southwest section of Dickinson County, which has no cities within its limits. Westport No. 5 was one of nine rural schools in the township, each located about two miles apart. Because Westport was in the center of the township, it was called Westport Schoolhouse No. 5 or Center School. 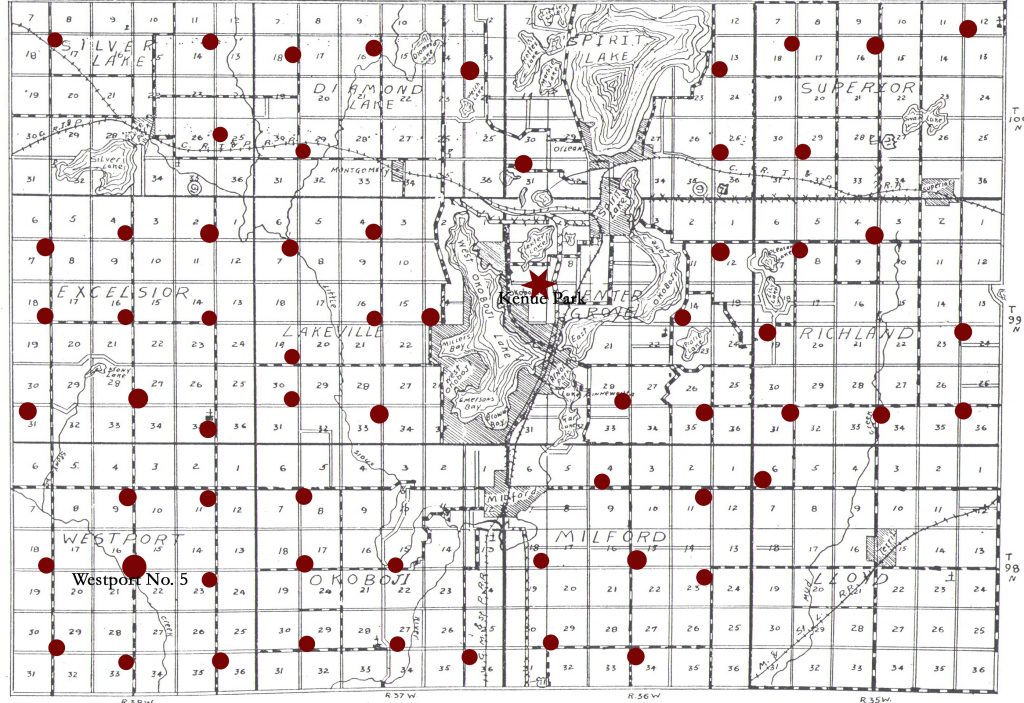 Dickinson County had about 85 country schools in the early 1900s, and the state of Iowa at one time housed around 12,000 one- and two-room institutions.

Westport No. 5 expanded in 1920, adding on a stage to the back of the school for special programs. Other rural schools in the township also gathered here to put on their own performances. The Rural Electricification Administration brought electricity to the township in the 1940s, and the school then had lights to replace the lanterns on the walls.

The move to Kenue Park

Iowa celebrated its sesquicentennial in 1996, and as a part of the celebration, each county was to choose a project to emphasize its history. Dickinson County resident Kirby Range suggested moving one of the last remaining schoolhouses in the county to Kenue Park in Okoboji. 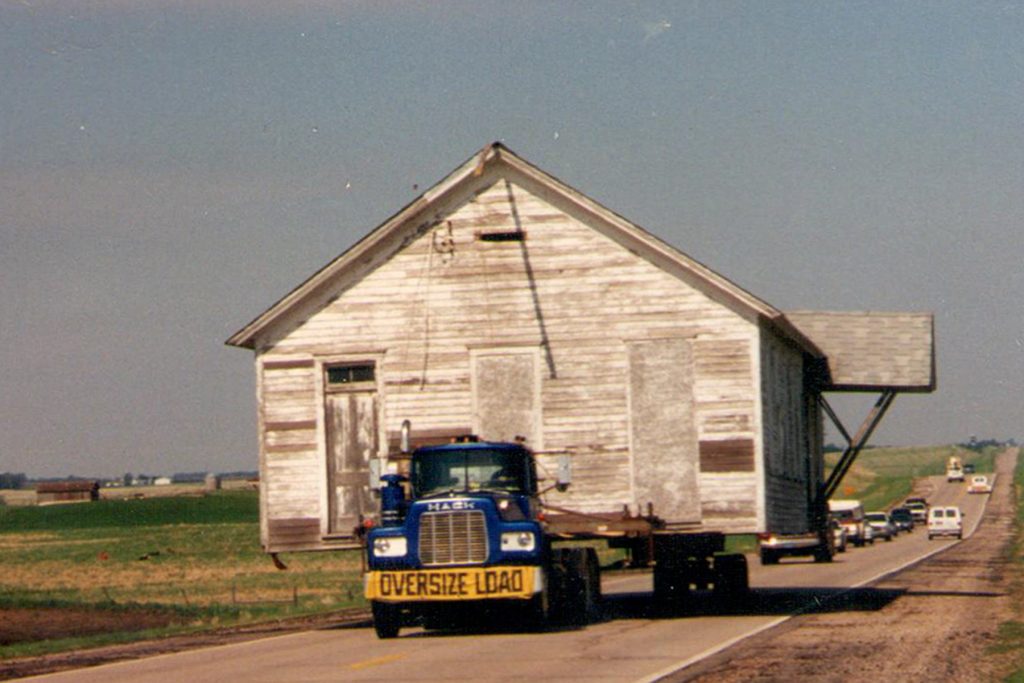 Funds were raised to move Westport No. 5 about 22 miles to a pre-formed foundation, and it was then connected to electricity and re-roofed. Volunteers also scraped, replaced boards and painted both the inside and the outside. A handicap-accessible walkway was also constructed.

When the school was moved to its current site, a few original items were still inside, including the upright piano, the library table and the Edison record player. 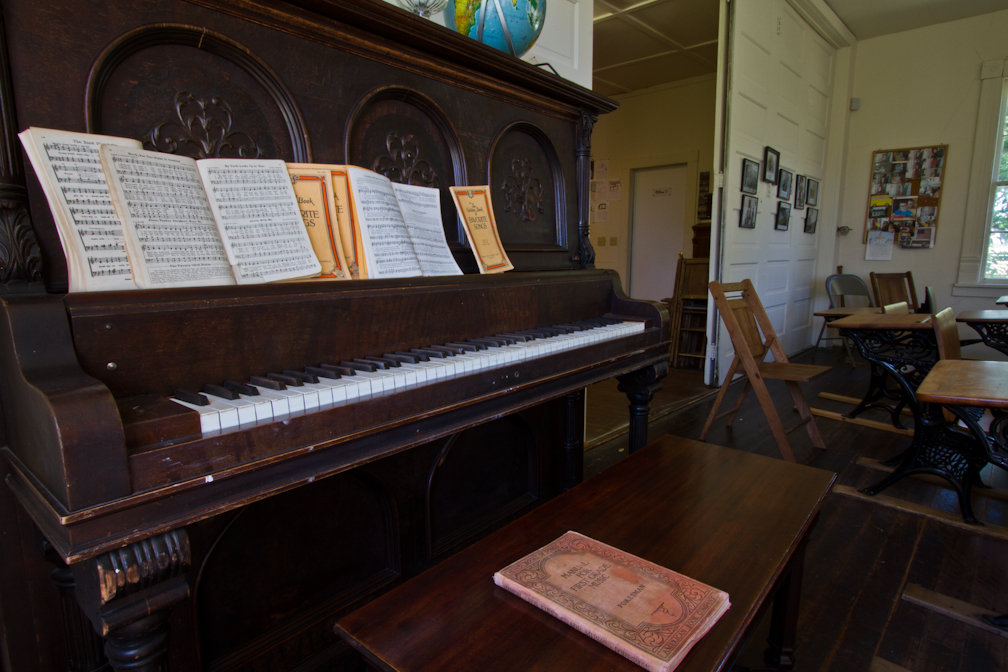 Other items in the schoolhouse were donated or purchased to reflect what the schoolhouse would have looked like 1897-1952. The American flag hanging by the blackboard even has only 48 stars, because Alaska and Hawaii were admitted into the Union in 1959, after Westport No. 5 closed to students.

Most of the student desks came from a school in Bloomington, MN, still on their original runners. The three double desks in the schoolhouse originated in a school in Palo Alto County. Double desks were a rare sight in most rural schools.

Find out more about visiting Westport No. 5 in Kenue Park by clicking here.