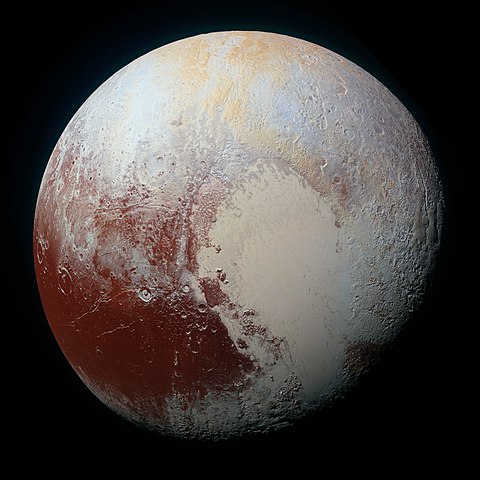 Pluto was first designated a planet in 1930 when it was discovered by Clyde W. Tombaugh at the Lowell Observatory in Flagstaff, AZ.

The tiny planet is about two-thirds the diameter of Earth's moon and most likely is made up of a rocky core surrounded by ice and coated with methane and nitrogen frost. It has a low density --- about one-sixth that of our moon --- with a thin atmosphere that expands when it comes closer to the sun and collapses as it moves farther away, similar to comets.

It is located beyond the orbit of Neptune, in a region known as the Kuiper Belt, about 3.6 billion miles from the sun.

However, from the beginning, Pluto has been something of an oddity as a planet. Its orbit is inclined 17 percent compared to other planets, although its uneven shape does make it intersect with Neptune's orbit, and actually was closer to the sun than Neptune 1979-99. It takes 248 Earth years for it to complete one orbit, and it also spins slowly, with one Pluto day equal to about six Earth days.

In 1978, Pluto's main moon, Charon (pronounced Karen), was discovered and is now known to be one of five moons around Pluto. However, instead of Charon orbiting Pluto, they both orbit a gravitational center not located on Pluto. Pair that fact with the discovery of other large objects in the Kuiper Belt --- a body called Haumea that is just a little smaller than Pluto and has two moons of its own, Makemake, which is only slightly smaller than Pluto, and Eris, which is the same size or larger than Pluto --- its designation as a planet came into question.

A vote was taken at the XXVIth General Assembly of the International Astronomical Union in 2006 to define a planet.

Astronomers decided a planet must have three qualifications to retain its designation.

Pluto fits the first two qualifications, but it falls short on the third as it is only 0.07 times the mass of other objects in its orbit. It is actually one of 70,000 large objects in the Kuiper Belt, and it was demoted to the status of dwarf planet with Eris, Ceres, Makemake and Haumea. The definition of dwarf planet is that a body meets the first two qualifications of a planet but not the third. There may be as many as 200 dwarf planets in our solar system.

It all seemed cut and dry as of 2006, but the New Horizons spacecraft flew by Pluto in 2015 and sent back photos of the dwarf planet and its complex geological landscape of mountains, valleys, plains and craters that have convinced some scientists that Pluto should actually be considered a planet.

As we find out more and more about the world beyond our planet, perhaps Pluto will be upgraded once again to a planet. Or perhaps it will become something entirely different.

We'll just have to wait and see! 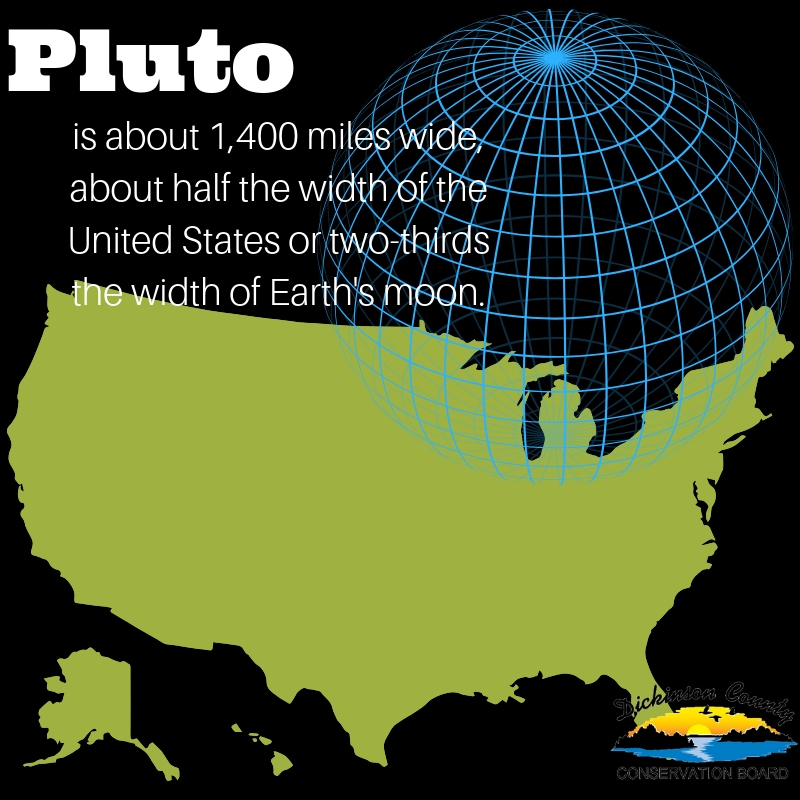 Asteroid, meteor, comet — what do these mean?

Did you know that April is Global Astronomy Month? When you look into the night sky, you can only see a small taste of what is actually out there. Stars, black holes, galaxies, comets, asteroids, meteors. However, sometimes that world of astronomy can get confusing quick. So we decided it would be wise to define END_OF_DOCUMENT_TOKEN_TO_BE_REPLACED

Most people think that only Saturn has rings. Some know that Uranus too, even though they often aren’t drawn in illustrations, has rings. However, they aren’t the only ones. Jupiter and Neptune also have rings. Even some moons, like Saturn’s moon Rhea, and asteroids can have rings. Let’s take a look at rings that exist END_OF_DOCUMENT_TOKEN_TO_BE_REPLACED

Make your own magnetic stars

We have some awesome updates to existing exhibits and some brand new exhibits coming up at winter projects. One of those is to turn our kids area into a space/night theme! (Celebrate winter with a craft stick snowflake) A few parts of the renovation are underway behind the scenes, and one is a project that END_OF_DOCUMENT_TOKEN_TO_BE_REPLACED