A gentleman called last week because he had heard a sound like someone running a finger along the teeth of a comb in his basement.

He had found and captured a small frog and wanted to bring it to us for the winter.

Frogs usually hibernate for the winter (read about that here), but this one we will keep until spring and then release it into the wild again. 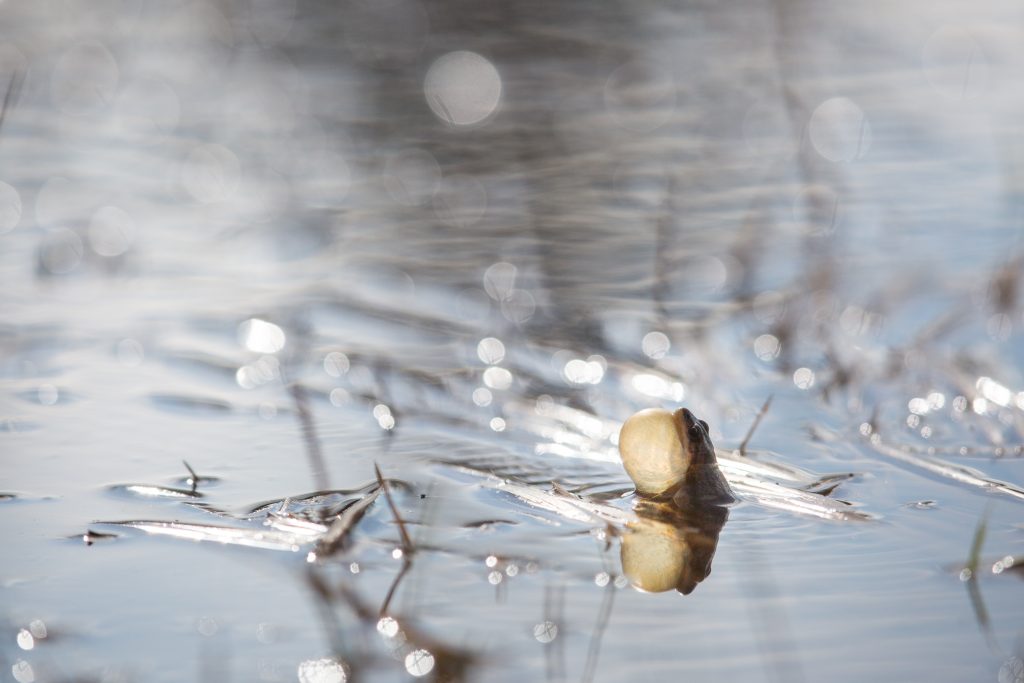 Iowa has 17 species of frogs and toads, including:

This frog appears to be a boreal chorus frog (Pseudacris maculata), which is quite different from the common northern leopard frog (Lithobates pipiens) that are seen in northwest Iowa. Here are a few ways you can tell the difference between these two species:

The boreal chorus frog is a small frog ranging from 3/4-inch to 1 1/2 inches long, whereas the northern leopard frog is typically 2-3 1/2 inches in length.

The boreal chorus frog is easily identified by its three dark stripes that extend from the head down the back. It  also has a line that runs through each eye and a white line along the upper lip. 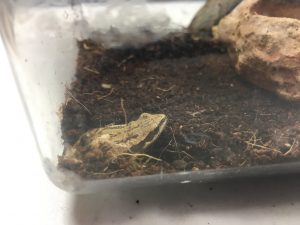 Northern leopard frogs have spots like the animal that they are named after, although there is a subspecies that has no spots, and they also have two sets of lines down their back called dorsolateral folds. The chorus frog has a smooth back. 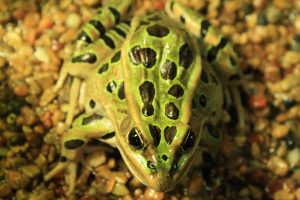 The boreal chorus frog has a familiar call that is often described as the sound of a finger running along the teeth of a comb. The northern leopard frog has a snore-like sound with a chuck-chuck-chuck sound.

The boreal chorus frog is a tree frog, but not all tree frogs live in trees. Both the chorus frog and leopard frog live in wet areas, grasslands and forest edges. However, the last bone in the toes of tree frogs is shaped like a claw. Boreal chorus frogs have short limbs so they do not climb high and are not as acrobatic as other tree frogs.

Toads are such overlooked creatures. They’re a little lumpier and a little drabber than frogs, so they tend to be viewed as not as cute. However, we love toads! So we wanted to make a fun toad craft that you can do at home. You’ll need: A paper plate Crayons or markers Scissors Brown construction END_OF_DOCUMENT_TOKEN_TO_BE_REPLACED

Did you know tree frogs’ last bone in their toes is shaped like a claw? Have you read about how about frogs’ bodies freeze during the winter and thaw in the spring? Do you know what a group of frogs is called? Click here to find out. Frogs are really interesting creatures, and many people END_OF_DOCUMENT_TOKEN_TO_BE_REPLACED

The Dickinson County Nature Center frog ambassadors are always a hit with kids when they come out during programs. That is often because they make the programs more exciting when they escape from the grasp of the naturalist with their squirmy, slippery bodies. But visitors also love to see their long legs, ability to jump END_OF_DOCUMENT_TOKEN_TO_BE_REPLACED

Since we talked today about five facts that will make you love toads (read the blog post here), we decided to make a toad-themed craft. If you look up toad crafts, there are not a lot out there! Like we mentioned in the blog post, toads tend to get overlooked in favor of their more END_OF_DOCUMENT_TOKEN_TO_BE_REPLACED

Because frogs are brightly colored, they tend to be looked on with more awe than toads. However, American toads have some pretty neat attributes when you get to know them. They taste bad. American toads are covered in red and yellow wart-looking spots that actually contain glands that secrete poison. Don’t worry, it won’t hurt END_OF_DOCUMENT_TOKEN_TO_BE_REPLACED