The glacier that sat on what is now the Iowa Great Lakes area was called the Des Moines Lobe of the Wisconsin Glacier, and it was huge!

(Read about the landform regions in Iowa)

It carved out the lakes, left behind kames and eskers and created fens and kettleholes. It's hard to imagine just how much ice there was to have created such huge landscape features. The glacial trail inside the Dickinson County Nature Center takes a look at just how deep a glacier is compared to some of the tallest buildings in the world. Let's check it out here! 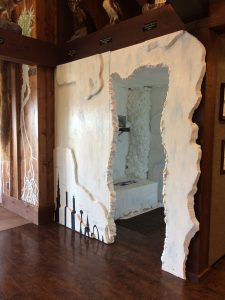 The tallest building in the world right now is Burj Khalifa, a skyscraper in Dubai, United Arab Emirates, and it is 2,722 feet tall --- one-third the height of a glacier. 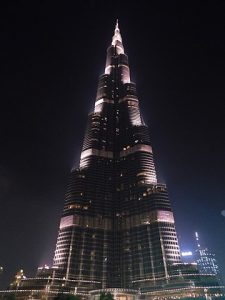 Burj Khalifa at Night By Hifsa10, via Wikimedia Commons 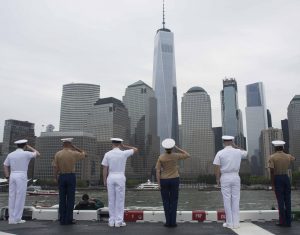 You are probably also familiar with the famed skyscraper called the Willis Tower (formerly the Sears Tower) in Chicago. It is only 1,729 feet tall. 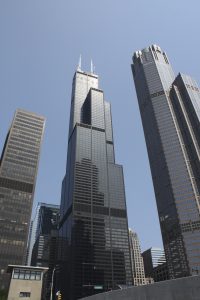 The Stratosphere in Las Vegas has made a name for itself with its death-defying rides atop it, but it's really not all that tall when you compare it to a glacier. The Stratosphere is on 1,149 feet tall.

The Eiffel Tower is another majestic landmark that is dwarfed in comparison to a glacier, because this famous Paris structure is only 1,063 feet tall. 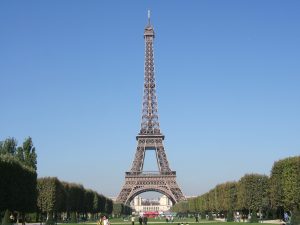 The Gateway Arch is iconic in St. Louis, MO, but it is only 630 feet tall. 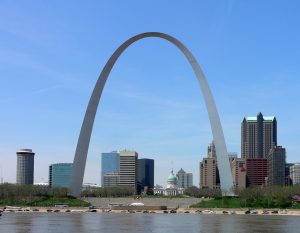 The Statue of Liberty seems awe-inspiring when tourists visit in New York City, but 25 of them would have to sit on top of each other to equal the depth of an average glacier. 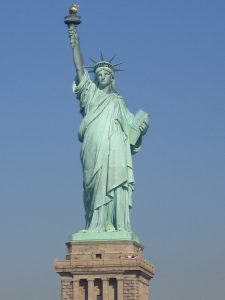 The Iowa Great Lakes were formed as a result of glacial activity in the area. West Lake Okoboji is thought to have been created by the Wisconsin Glacier about 14,000 years ago as it retreated to the north. The Des Moines Lobe of the glacier is what covered Iowa and is what outlines Clear Lake, END_OF_DOCUMENT_TOKEN_TO_BE_REPLACED

After European settlement, osprey were extirpated in Iowa. Many of the wetlands were drained and water quality lowered as the landscape changed, and these fishing birds of prey sought homes in other areas. However, in the early 2000s, after years of concentrated efforts to improve water quality in the Iowa Great Lakes area, osprey returned END_OF_DOCUMENT_TOKEN_TO_BE_REPLACED

Walking along the glacial landmark tour inside the entrance of the Dickinson County Nature Center, visitors can to experience replicas of many of the places created by the Des Moines Lobe of the Wisconsin Glacier when it was in the county about 12,000 years ago. From bouncing on a fen to climbing a miniature kame END_OF_DOCUMENT_TOKEN_TO_BE_REPLACED

My husband and I took a trip to Utah this summer. We were enamored by the beautiful landscape, with red rocks rising out of sandy floors, hoodoos sprouting out of canyon lands, short scrub trees dotting desert landscapes. During a drive through Zion National Park, we overheard a student on the bus say “I haven’t END_OF_DOCUMENT_TOKEN_TO_BE_REPLACED

I (Kiley) know I made this exhibit at the Dickinson County Nature Center, but this might be the most boring thing I’ve ever written. Thirty-six inches down in our soil, you will find loam which is characterized by common, fine, distinct brownish yellow mottles, a weak fine prismatic structure…yikes. It continues but I won’t bore END_OF_DOCUMENT_TOKEN_TO_BE_REPLACED