We've spent a lot of time talking about native bees, honeybees, butterflies and moths --- but did you know that there are plenty of other types of pollinators out there? 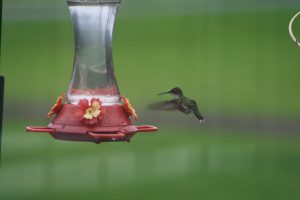 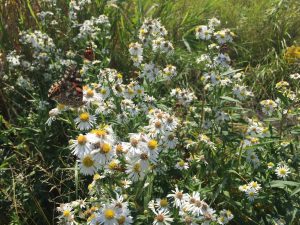 Flower-visiting beetles --- such as soldier beetles, leaf beetles and snout beetles --- feed on pollen and nectar. Some have hairy tongues that scrape pollen and other use their mandibles, or jaws, to chew pollen grains.

Their hairy bodies trap pollen grains and lose some pollen as they travel from plant to plant, effectively pollinating. However, they often remain on one plant for a long time or forage between different species, so they aren't quite as good of pollinators as bees. 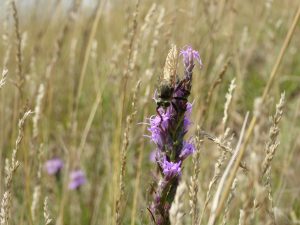 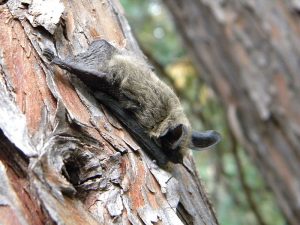 Although the Midwest doesn't have any fruit- or nectar-eating bats, instead they are all insectivores, bats can be great pollinators in several areas of the world. Flower-visiting bats in tropical and desert climates --- such as Central America, Africa, southeast Asia and the Pacific Islands --- feed on the insects in the flowers as well as nectar and flower parts. More than 300 species of fruit depend on bats for pollination, including mangoes, bananas and guavas. Agave and the saguaro cactus also need bat pollination to survive.

Ants, midges, tree squirrels --- so many animals visit flowers during their lives and end up carrying pollen with them. So, as much as we focus on bees and butterflies, remember that all creatures in nature are important, for their pollinating talents and so much more.

Do you love pollinators as much as we do? Then try out some of our favorite pollinator-themed crafts!

Pollinators are a huge topic of conversation in conservation today, and that’s why we have added the Pollinator Paradise addition to the Dickinson County Nature Center. As we enter into discussions about pollinators, we hear a lot of myths and misconceptions. Let’s take a look at a few. 1. I don’t want bees in the END_OF_DOCUMENT_TOKEN_TO_BE_REPLACED

11 pollinators from around the world

The pollinator world goes beyond just butterflies and bees, and it also goes beyond the borders of Iowa and the United States. Pollinators come in many shapes, sizes, colors and species, and they help plant communities around the world survive. (Eight forgotten pollinators) Let’s take a look at some interesting worldwide pollinators. North and South END_OF_DOCUMENT_TOKEN_TO_BE_REPLACED

Slugs to flies, moths to beetles — pollinators come in many shapes and sizes beyond butterflies and bees. These pollinators help one-third of human food sources to grow, but some have become so common that they are seen more like pests instead of beneficial insects, and some have even been eradicated to the point of END_OF_DOCUMENT_TOKEN_TO_BE_REPLACED

Download the free Pollinator Paradise activity book, full of free games, facts and coloring pages. You can find even more fun with our free Okoboji Osprey activity book as well!

What if you couldn’t have any almonds or cashews in that nut mix you love to snack on? What if you couldn’t eat sesame chicken because sesame didn’t exist anymore? What if bananas, blueberries and tomatoes weren’t on the shelves anymore? One in three bites of food that we take is due to pollinators, and END_OF_DOCUMENT_TOKEN_TO_BE_REPLACED

Most of the time bees can access pollen pretty easily on the anther of a flower, like in the video above; it is passively released by the flower and coats the hairs of pollinators that come to the flower to drink its nectar and gather its pollen. However, about eight percent of flowering plants have END_OF_DOCUMENT_TOKEN_TO_BE_REPLACED