I thought I would try my hand at a paper butterfly today and give you some directions to try it out yourself!

Step 1: Create a waterbomb base. Fold your square of paper in half, then in half the other direction. 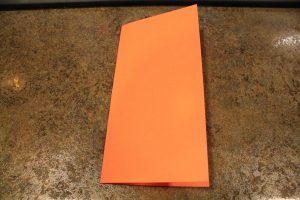 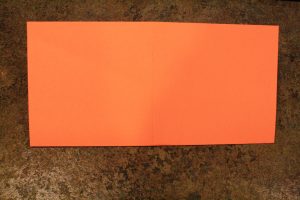 Unfold the paper and fold it into a large triangle. 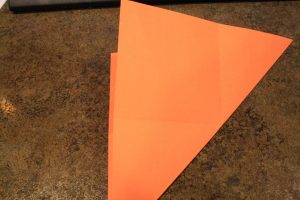 Unfold the paper. Flip it over and fold it into a large triangle the other direction. 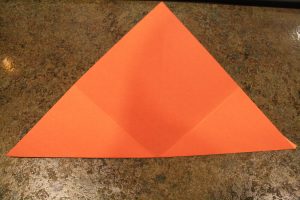 Now, let the folds come in on themselves to create a smaller triangle. 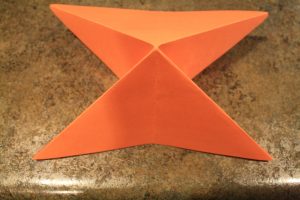 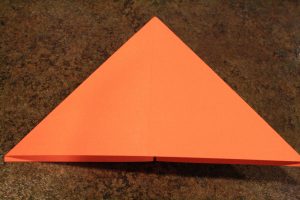 Here is the video I used to make this base:

Step 2: Fold the upper layer on both sides down to the bottom tip. 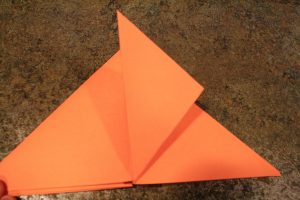 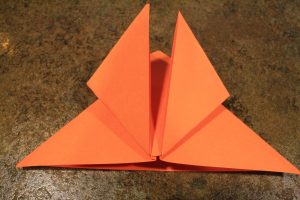 Step 3: Flip the paper over. Fold the bottom tip upward so that it is about a half inch above the horizontal edge. (Quick note: I did this with card stock, which tore when doing these smaller folds. Use paper!) 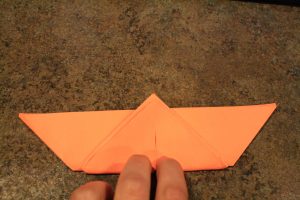 Step 4: Fold down the upper layers. Make a squash fold by pressing the paper flat on the side. 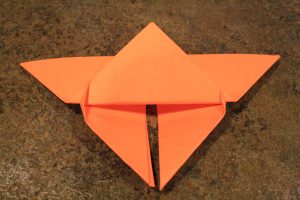 Step 5: Flip paper over. Fold down the tip and then fold it half of it up again to create the butterfly’s head. 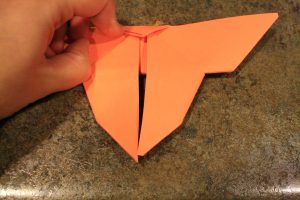 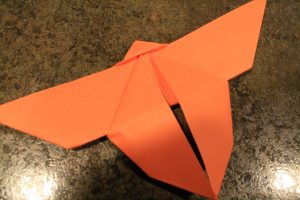 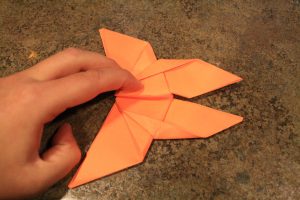 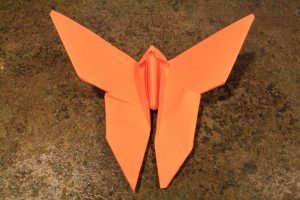 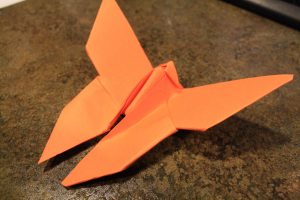 Now, post a comment with a photo of the butterfly you created, and stop in the nature center to see Tagami’s beautiful origami butterflies in person.

We’re bzzzzy bees at the Dickinson County Nature Center, and we’re continuously celebrating bees, butterflies, bats, hummingbirds and all of our pollinators at Pollinator Paradise. Once you see the live bees in the indoor beehive, crawl through the human-sized honeycomb, pollinate life-size apple trees and see all the delicious foods that pollinators help us with…

We love pollinators, and we love sharing that love with others through education and fun. At the 2019 Bee & Butterfly Festival, visitors could create a fun butterfly ring with a simple cardstock template and a pipe cleaner. You can create your own by downloading our free template below, and then all you need is…

I saw a funny meme about looking for recipes online and having to click on a post that instead of giving you the list of ingredients instead goes through “When I was senior in college, I walked down the long and misty concrete pathway and across a spring green lawn filled with bright dandelions….” So…

Origami is one of those crafts that you just feel accomplished when it’s completed. It’s a skill that you can share and show off, and this origami fish is a simple design that even children can do. (Fold a leaping origami frog.) First, take a square sheet of paper — whether it’s origami paper or…